Jessie had a lot of boyfriends, and by that I mean friends who were boys (or men). She was outgoing and vivacious, related well to men/boys and loved to be around them. Quite possibly it had to do with being the middle sister to two brothers whom she adored. And don’t get me wrong – she had lots of girlfriends too. That’s apparent from her diary. She had a wide circle of friends and didn’t much like to be alone.

When Jessie started dating Wiley Graham in April 1915, she wrote a comment in her diary regarding his looks that caught my eye. 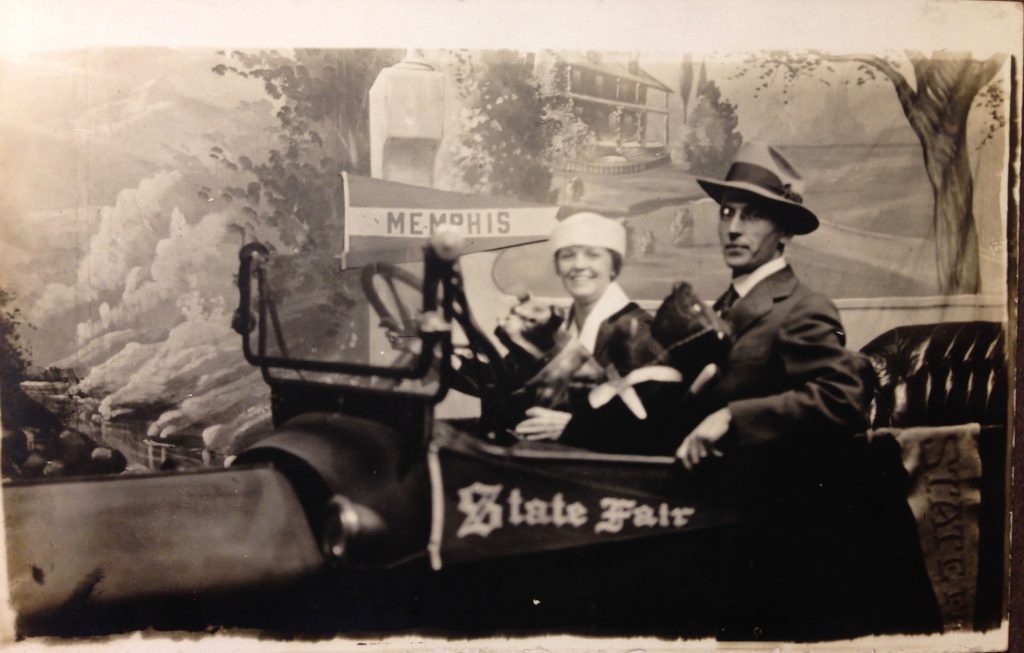 First of all, Wiley was not quite a boy. I believe he was four years older than Jessie, and for most of 1915 Jessie was 20 years old. And secondly, is that Wiley in the picture above with my grandmother Jessie? I don’t know, but I hope it is since I think this fellow is quite attractive.  Jessie, however, was attracted to something different. It mattered more to her that the guy she was with be interesting and smart.

For most of 1915 Jessie’s most serious beaux, that is, the men with whom she had a more romantic relationship, were Doug Brooks from Deeson, Mississippi and Wiley Graham from Memphis. But Doug traveled a lot on business, and Wiley was probably frustrated that his proposal of marriage was not taken seriously by Jessie, leaving plenty of time for Jessie to go out with other men (or boys, as she liked to call them).

Here is a small gallery of some of Jessie’s ‘boyfriends’ in 1915. 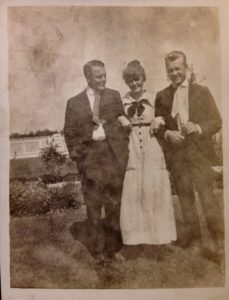 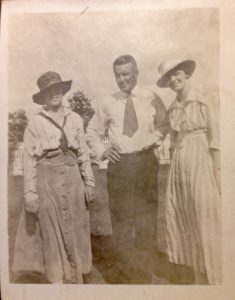 Doug Brooks (center) with Jessie on the right,1915, Deeson, MS

Is that definitively Doug Brooks? I think so, but I have deduced that from the things I have read in Jessie’s diary and some of the captions in Jessie’s photo album from that time period. As for Edgar Poague, I know from Jessie’s diary that he was a good friend of the Brooks family and was with them quite a lot during the houseparty at the Brooks plantation in Deeson the summer of 1915. Likewise with the identification of Adolph and Alex. Jessie was truly great friends with them both and enjoyed their company, but for her it was not romantic. She identified Adolph in her photo album, and I recognized the pictures from the description she writes of a day Alex, Adolph, she and another girl went ‘kodaking’ in downtown Memphis. 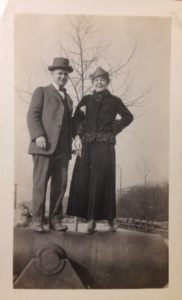 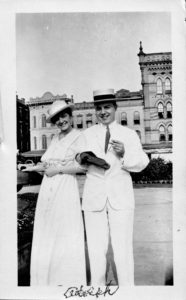 Jessie and Adolph in Memphis 1915 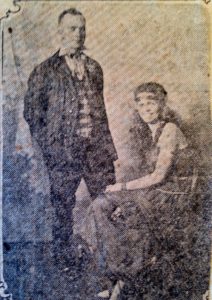 Another of Jessie’s suitors was Coach Sullivan, known as Sully. He was actually the football coach at Central High School, and Swayne’s current football coach. He looks to be quite the catch, nevertheless Jessie just thought of him as a great friend.