More clippings and photos from February-April 1916 in Memphis 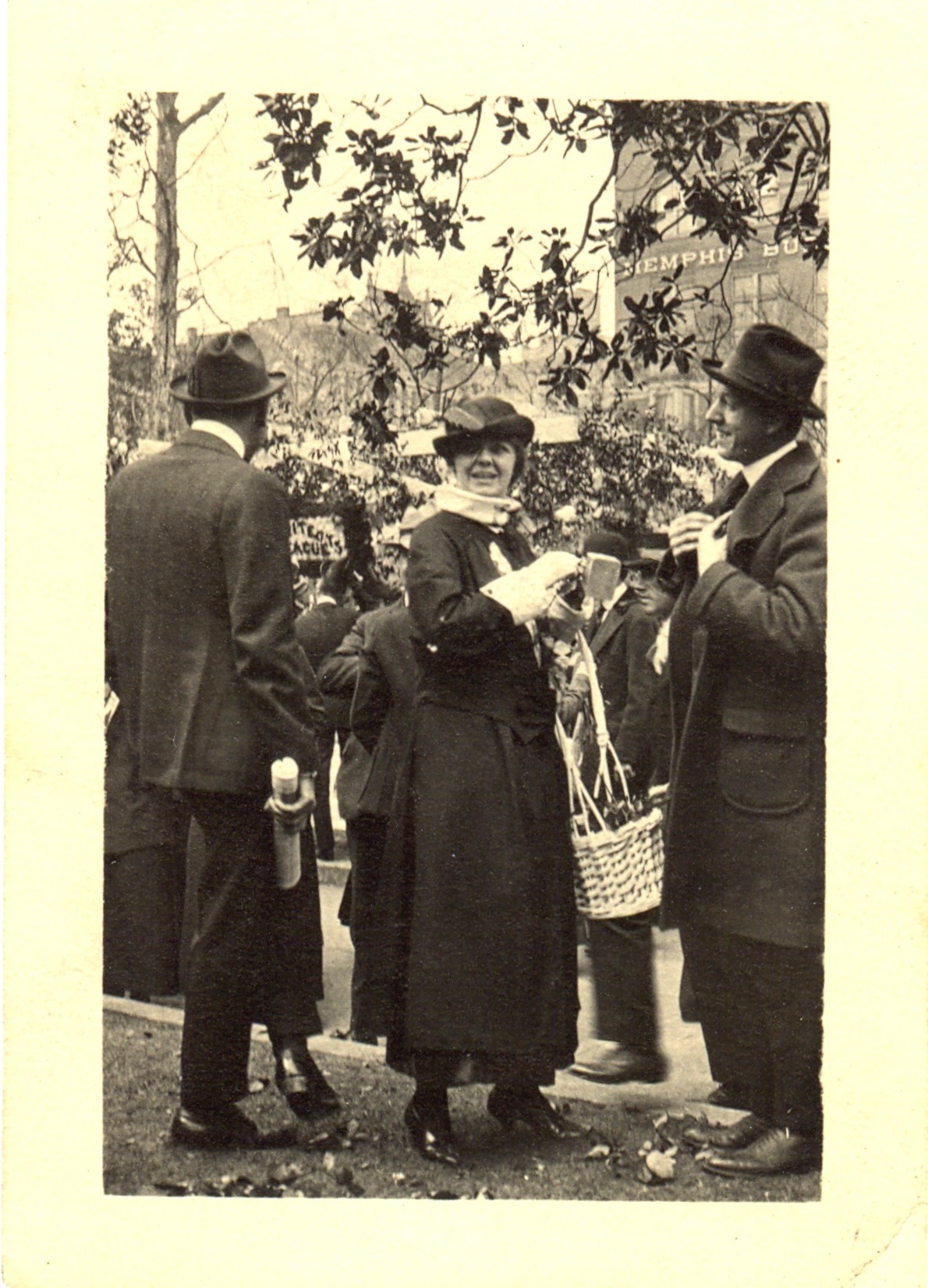 On April 10, 1916 Jessie wrote in her diary: Such a wonderful time to-day! I was a flower girl. All of Court Square was changed into a flower garden and ever so many of us girls sold flowers all day. I sold a world of carnations, roses and little bouquets.  —  This is such a wonderful photograph. I believe it was taken by a newspaper photographer and may be the picture that Jessie reported was in the newspaper the day after the market.

Now, going back in time a few months to January and February 1916. Jessie began rehearsals for a big production of The College Hero in January. The performances took place February 15 and 16 and according to Jessie, it was a great success. Jessie was a dancing girl and also a college widow. 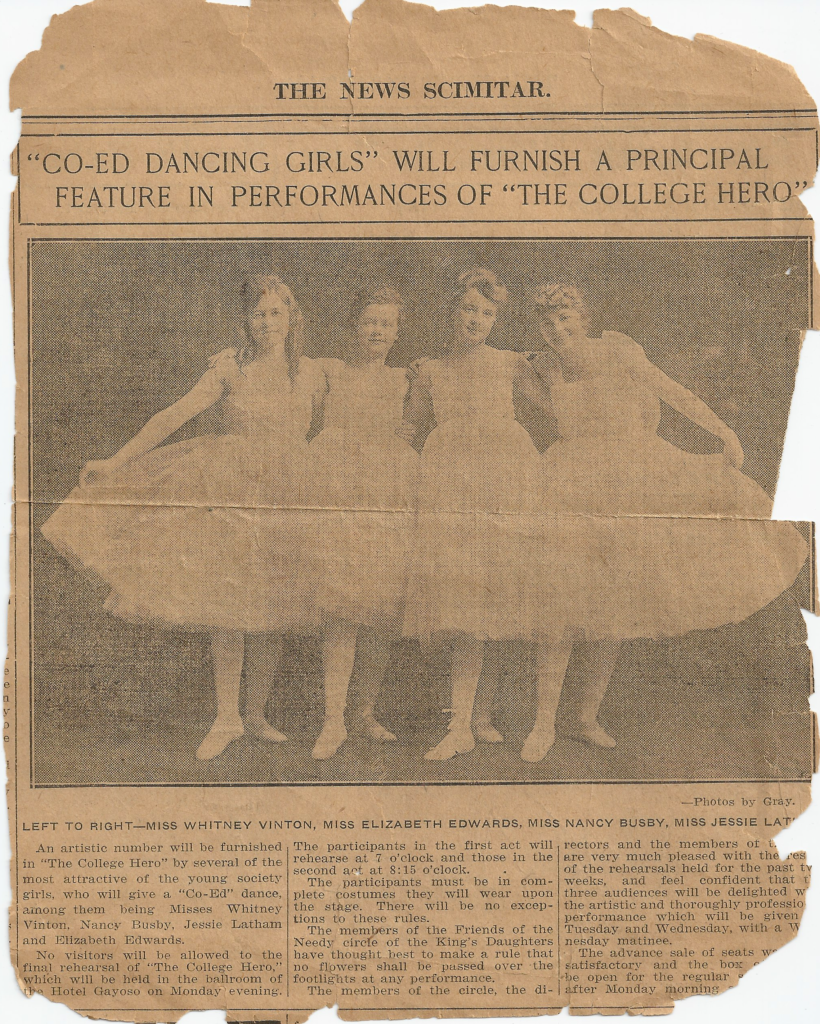 Here is one more newspaper clipping, this one of the Fancy Dress Ball given by the Chickasaw Guards on March 7, 1916 (see previous post). Jessie’s picture seems to show up in the newspaper quite frequently! She is in the middle row on the right next to the standing woman. Her date Dr. Coppedge is behind her. 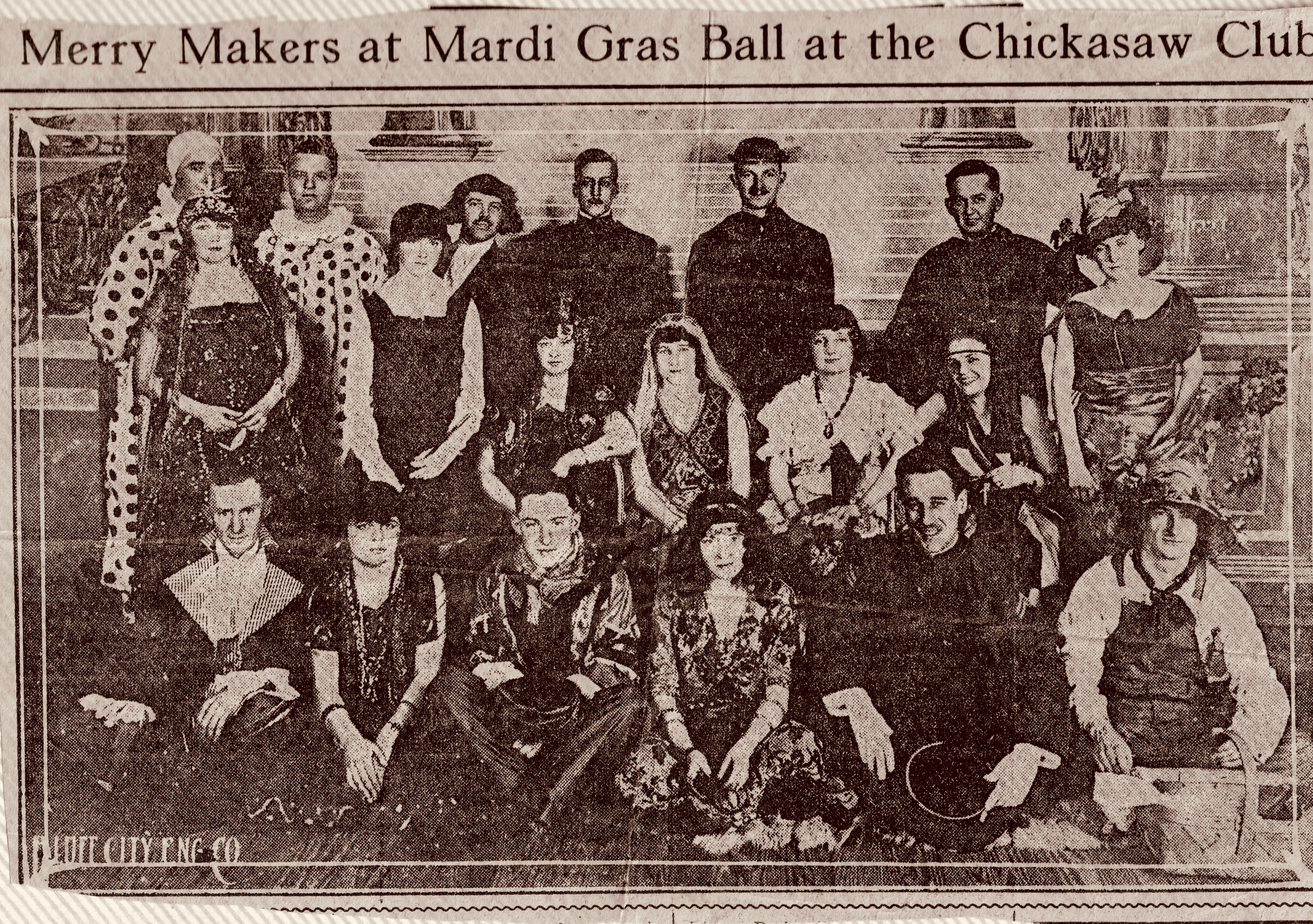